Please give details on when formed the band and the line-up ?

We formed in 1984 and released the album in 1988. The band was formed by Spook (Simon Badminton) on double bass and vox, myself (Vic Greener ) on drums and Kecks Sabopharge on guitar. This was the line up that recorded Whitechapel Murders. We had many guitarists come and go over the years.

First gigs- What were they like ? Did you support any "names" on the psycho scene?

First gigs were nerve-wracking, mainly small local gigs, but we did end up supporting Guana Batz three times, Frenzy, The Meteors and also played on the same bill with many of the bands of the time such as Demented Are Go!, Torment , Flintstones, (Long Tall) Texans etc.

How did you get the deal with Nervous ? And who was the girl on the cover ?

Like most bands of the time we sent off loads of demos to various labels. Roy Williams of Nervous Records came to see us play at a small venue, called the Red House in Newcastle. That very night he offered us a deal saying " we were different to anything he had heard at the time".

The girl on the cover is my cousin Catherine and was only there for the photo shoot, much to our pleasure.

Are you on any other releases?

We feature on the Zorch Factor albums and there´s a promo video of the track Demon Barber out there somewhere!

Why and when did you split?

We split in1991/92 due to other commitments. For me personally it was need to concentrate 100 % on building up my tattoo business.

What happened to the other members of the band?

We all just go on with our normal everyday likes, work, family etc.

Any regrets from you time in the band?

I only regret not having made loads of money. But other than that I enjoyed the ride.

What are you up these days? Any chance of a reformation?

Simon ( Spook) and myself have been best mates for the last twenty plus years. In fact as I´m a tattoo artist I am tattooing him tonight.

Reform? It´s funny you should ask- as I said earlier, we went through lots of guitarists and lost contact with them all. However last year (2006) we got in touch with Mick -one of our ex-guitarists- who was able to to play a few gigs with us. Unfortunately he has now had to quit due to other commitments, so we are looking for a new local competent guitarist. Any one interested the call 0191 266 9996. Plus me and Simon have a part time band with two members of  the Punk band Demon 340 and cold soon be gigging as Spook And The Demons! 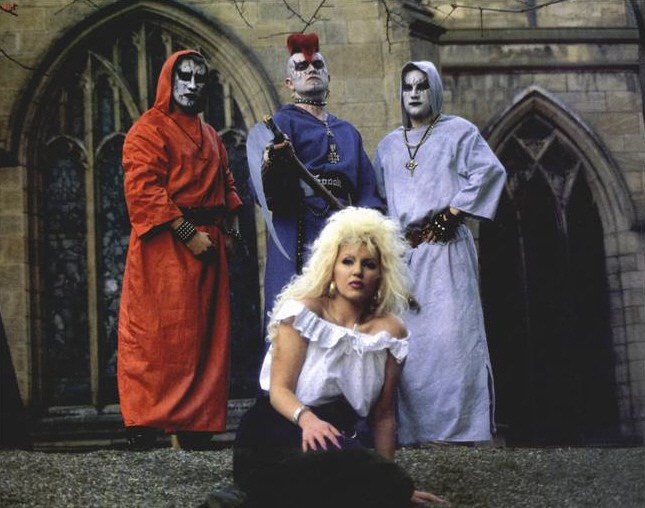