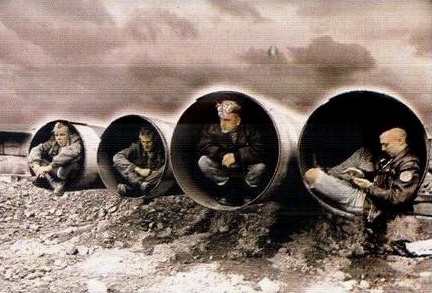 Skitzo was formed in London in early 1985 by Phil (v) and Rod Connor (d). They added Tony Bronham (b) and Anthony McVey (g) and played some gigs, known as The Electros. After Tony rejoined the band ( he was in prison for six month ) the band name was changed in Skitzo. Steve Tomlinson (d) replaced Rod Connor, due to an accident which left Rod unable to play for a long time. Their popularity was on the increase and so they signed a record deal with Nervous. "Skitzo Mania " was born.

McVey and Tomlinson left the band the following year. They were replaced by Strut (d) and Pete Davis (g) and their sound started to heavy up. Phil Connor had to stop singing for medical reasons (too many screams) and the band finally split up in 1990.

Phil and Rod Connor revived Skitzo in 1993 and the band appeared on some shows and also recorded a new album in 1996.