Who inspired you and how old were you when you first picked up a guitar?

Aside from my dad and uncles, I would have to say Elvis is a huge inspiration to me, from being a baby to the present day. As for the guitar, I started late, my dad always had them around the house, but I didn't get my own guitar till I was about 18. My dad taught me a few Eddie Cochran licks and I just started to teach my self.

Your dad is in a famous Psycho band, the Ricochets. What advice band wise has he given you?

I have to ask this one. Would  you ever gig together, are The Ricochets going to record again and what does Sam Sardi do these days?

Killing Seymour and Ricochets gig will happen, not too sure when though. The Ricochets hopefully will record again soon this year, but that's not for certain. Sam is very busy with his job and taking care of his little girl, and obviously still slappin' away with The Ricochets.

Give us a brief history of Killing Seymour.

They started in early 2007 and were more of a punk influenced band with an electric bass who were billed with the likes of The Anti Nowhere League. Formed by my wife Mel, the band saw a few lineup changes before I joined in late 2007 and Mark and Bruno in 2008 giving us more of a psycho sound.

Where did the name come from?

I'd like to say we had a cooler idea for the name, but it was down to Mel. There was a chapter in one of her favourite DVD's, 'Ghost World' called 'Meeting Seymour' and she decided she liked the sound of 'Killing Seymour'. At first I didn't like the name, but its grown on me. Haha.

What's it like being in a band with your wife?

Hard work! Haha..all jokes aside, we were friends before I joined the band. And now when we're on stage or in the practice room, we go back to how we were before we were married, and it's a nice break from being Husband and Wife and just being Ricky and Mel.
She loves it because she gets to make sure I stay out of trouble! Haha!

What's been you best gig so far? You supported King Kurt. How were Smeggy and the boys?

Best gig so far would have to be a small gig we did in a little pub up north with a band called Dead Batteries supporting. It was a really good night, fantastic crowd and great reception, plus the sound was really good too!
We supported King Kurt in 2008 at Kreepers Klub Night, Nottingham.. I remember backstage there was all sorts going on and having a good laugh. King Kurt definitely know how to put on a good show.

Have you played abroad yet, and do you plan to do so?

We played in Portugal on Halloween in 2008 with Demented Are Go! and The Real McKenzies. It was a really good night, anytime we have played with Demented we've had a good time. We would love to play Europe at some point, maybe get on the bill for some of the festivals.

Have you done any recordings yet?

We recorded a four-track E.P back in October 2008 with Doyley at Diablo Studios in London. We are looking to be recording an album in the very near future, again with Doyley in his new Camden recording studio, so keep an ear out!

What does the future hold for Killing Seymour?

We want to do an album, we want to play some festivals, travel as much as we can with gigs. Who knows, hopefully we'll make it over to Germany! 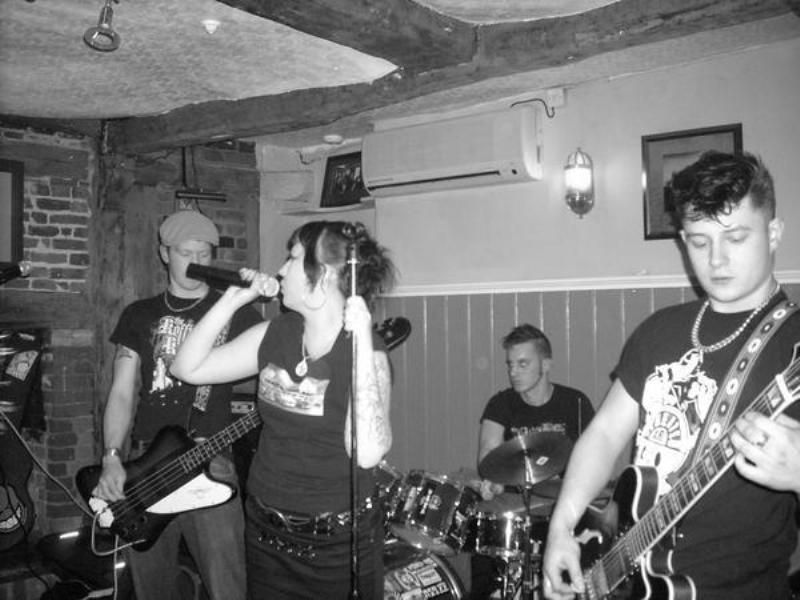