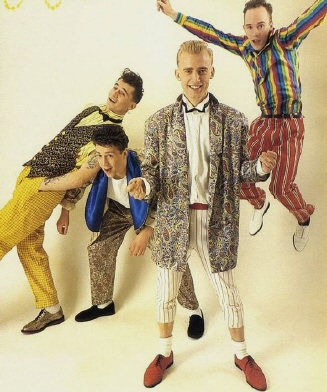 Restless was formed in 1978 by Mark Harman (g/v), Paul Harman (b) and Ben Cooper (d). The band name was borrowed from a Carl Perkins song. In 1981 "The Restless" EP was issued-limited to 400 copies. Once 'Why Don't You Just Rock!' was out, the boys were pretty much doing the regular Rock 'n' Roll circuit throughout England. Restless played their own style of Rock 'n' Roll and are arguably one of the most influential British Neo-Rockabilly bands. One time they played a 50´s Rockabilly standard just to follow with a pure Psychobilly song.

Jeff Bayly replaced Paul in 1984 and Restless hit the UK Independent Charts with "Mr. Blues". In 1986 Restless optioned for a second guitar and added Mick Malone. After the  departure of Bayly & Cooper, Restless wanted to quit. But the addition of ex-Frenzy/ ex-Shark Steve Whitehouse (b) brought them back in business. In 1989 Rob Tyler (d) ,one of the better known Rockabilly drummers, also joined his old fellow Mark Harman.