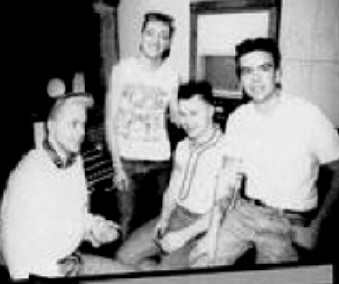 The Pharaohs started as a Rockabilly band in the early 1980´s and were formed by Glenn Daeche (v/g). The band underwent a couple of lineup changes and Daeche experimented with both kind of basses( slap / e- bass) and one or two guitars. Over the years other members were Ben Evans (g), Carl Sheeran /Lee Brown (b), Tony Bennett/Nick Becker (d).

The Pharaohs made themselves a big name in the mid of the 80´s with their Klub Foot appearances and two great studio albums. After a ten years lasting break, the Pharaohs released a CD called "London 1888", that included Caravans frontman Pennington on the slap bass.