I guess 2005 was a very busy, but also successful year for you and the Quakes. You´ve  toured Europe and Japan and you´ve just released a new album. Are there already any plans for 2006,as you know the Quakes will celebrate their 20th anniversary?

Yes- I plan to put together a DVD marking 20 years of  The Quakes- I have lot of old video going back to 1986. It will be a real hard project and I hope to get most if not all of the former members to be in it.

Yeah. DVDs are getting very popular at the moment -and I like them too. Are there any plans to release a Quakes live gig in DVD quality, too  ?

No not a live gig but the 20 year thing for sure....the quality is too good on those DVDs and I would have to spend too much money having the lines on my face airbrushed away!

Since the departure of Rob Peltier the Quakes lineup has changed very frequently. Why is it so difficult for you to get a constant lineup together for the Quakes?

Because I´m a f***ing asshole! :(-...but seriously..:-) Actually its hard to find people because no one has time to do it- everyone my age has a house and  kids and bills to pay etc. They cant just take three weeks off work to go tour- especially with what  we get paid!

What do you think about the recent resurrection of  80´s Neorockabilly/Psychobilly? The Long Tall Texans have issued a new album ,bands like Restless and King Kurt tour Europe and other bands like the Wigsville Spliffs and the German Sunny Domestozs are planning come back gigs, too. What´s your opinion about it?

I think its great- I just hope they all play with the fire that they had when they were unknown bands and had to prove something to the world. There is nothing worse than seeing some of these bands becoming  their own cover band!

Psyops is the 6th studio release from the Quakes. Which of them do you like the best? What was the biggest commercial success of the Quakes? Do you have any idea?

That is like asking someone which one of their children is the favorite- I always like the newest  one best- on this new CD  my favorite tracks are  "Asshole in the express lane"-"Send me an angel"- "Tearing up my world". The most successful album at the time it came out was the SONY version of New Generation in Japan.

O.K. Let´s talk about it- your new album. The album is titled "PSYOPS". That sounds very strange to me. What does it mean?

Its short for psychological operations- its what the military does to f*** with the enemy- If you look at the inside booklet- those are leaflets that were dropped out of airplanes over enemy lines- the DEATH  thing on the back is one that Germany dropped on US forces in WW2- its supposed to be a parody of LIFE  magazine-on the other side it said LIFE and had a girl in a bathing suit. 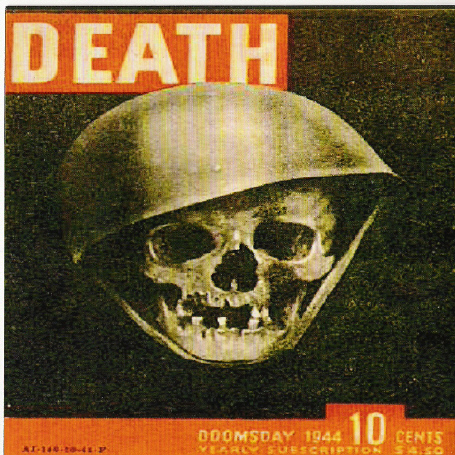 The Quakes have already covered Behind the Wheel (Depeche Mode) and Echo and the Bunnymen´s Killing Moon (I´ve got the original 12´´ single release somewhere in my cellar- but don´t tell it to anybody! You´ve tried another 80´s New Wave/Pop classic with Real Life´s Send me An Angel on Psyops-hope that Real Life is right i´m not quit sure...

And what´s your personal relationship to this kind of music?

I grew up with that music and I was into all that before I discovered Rockabilly and always wanted to blend the two together.

As you already know I´m very interested in lyrics. I think it´s a very important part of music in general. Quakes lyrics have always been something very special, at least since the NEW GENERATION thing. Songs like New Generation, Clone or Animals are real atypical of the Neobilly/Psychobilly movement. With the first track of your new album -"Nothing to say"-you complain about other bands lyrics. Are you really bored by the bands of today? What are your expectations from other Rockabilly/Psychobilly bands ?

Well I´m not only talking about lyrics there- They have nothing to say in general- they are all cookie cutter versions of one another- If I have a red shirt and then I see others wearing a red shirt, I don't want to wear MY red shirt anymore. Most bands don't have anything to add to this music they are just recreating what  has already been done. Some of the bands that have been around for years are just putting out the same crap year after year and trying to sell it to the kids- You have to ask yourself is this my JOB or my ART?

In this context, I like to know which bands do you  like best. What are you favorite Psychobilly /Neorockabilly bands. What are /
were the most creative bands in your opinion?

Frenzy was always very creative and a little ahead of their time- Torment also had a forward thinking attitude. I dont really have a favorite but almost every band has a few great songs- I buy CDs just like anyone- I think the Madheads are very good. I always loved all
of the Nervous bands in the 80's. Tim Polecat is very creative I think. Archie from Holland was very interesting to me as was Sunny
Domestozs- no one was making records like that back then- Genious! The Sting Rays had a very unique approach also.
There are those people who start a band to impress their friends and there are others who do it because its an expression of who they are.

USA Psychos is a real catchy song and reminds me of some early Quakes tracks. When i ´ve heard the song for the first time, some Psychobilly anthems came to  my mind. But tell us about the scene in the USA today.

I think its very good- I´m planning on doing some extensive touring this year. We have never been on tour here in the USA because there was no scene . 20 years later we will finally hit the road here!

Another great song is Place Called Today. What  would you like to change if you could build this time machine and run away from today?

Everything!....there was no greater time in my  life than when I discovered rockabilly- like the first time I heard Gene Vincent or Johnny Burnette- I had found myself!


This my last question, Paul. Do we have to wait another 5 years for the next Quakes release?

I hope not! the next release will be a rare and unreleased CD of demos- live stuff and tracks that didn't make the CD- this time I had about 5 songs that I left out for one reason or another. 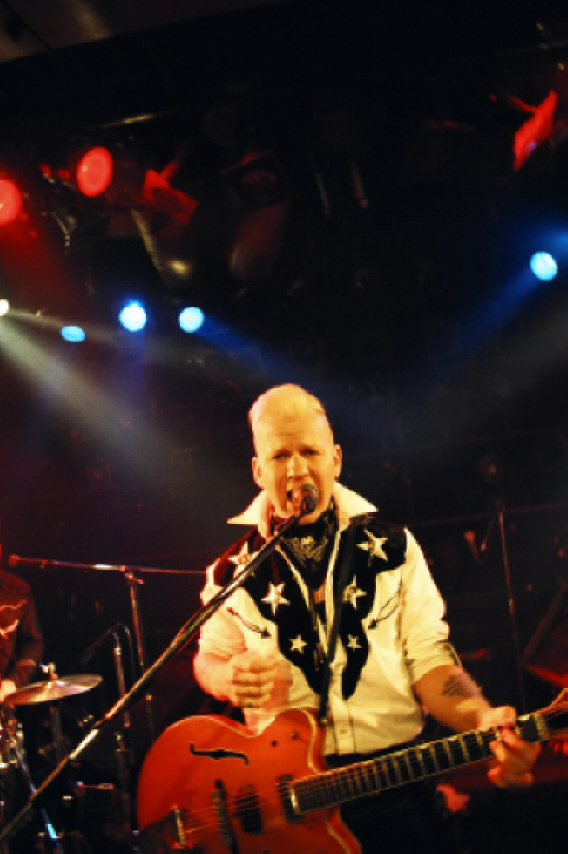