How and what year did you guys get together and did you know each other before you formed?

We know each other from our high school years and the weekly visits and fights at the local bar. After visiting Dendermonde's Psychofestival in the late '80s we got inspired to pick up some instruments to make music ourselves. We started off as Timberoaks in 1989 with a different vocalist. Back then the music we made was more Rockabilly orientated. We did a lot of gigs, mostly in Holland, at various events. Pretty soon we began writing our own material and the sound evolved to Psychobilly with a harder twist. We got rid of the lead singer and did our first appearance as Milwaukee Wildmen at the Bibelot (Dordrecht, Holland) teaming up with Nekromantix and the Klingonz.

When I was younger I lived in the Hague for a couple of years. Where are you from in Holland and do you still live there today?

We all are from a town near Breda in the south of Holland. After living in various cities during our college and first job years Robert and Egbert moved back. Ralf is living in Amsterdam.

Our first gig as Milwaukee Wildmen was 4th of June 1994 in Bibelot Dordrecht with Nekromantix and Klingonz. It was a good night. The place was packed and we got a great response from the audience although we wee not the standard Psycho band people expected. A stimulant to continue what we started.

How did you get the deal with Tombstone Records?

Klaas from Tombstone Records came to a gig after he heard people in the scene talking about this new band from the south of Holland. He liked what he saw and heard and we agreed on recording an album on Tombstone Records. In the end we recorded four albums for Tombstone and a sort of “best of” vinyl called “To the Bone”

Why the change to Drunkabilly Records?

After the release of Psychosomatic Tombstone downsized their activities for several reasons and we decided to release a new album through another record company. Drunkabilly has a good reputation and worldwide distribution and we smoothly came to an agreement to release “Strike Back” on Drunkabilly Records.

Of all your albums what's your favourite release and why?

Off course our latest release “Blood on the Wall” is our favourite. It represents what we stand for as a band nowadays and it has the energetic sound and depth we wanted for this one.

You've played all over , but where's your favourite country to play in ?

Hard to choose a favourite country. We played a lot of gigs in lots of countries, gigs in great places and shitholes, we met a lot of really nice people and of course some retarded wannabees along the way. Playing a sold out Groove of Anaheim with Tiger Army in LA was a great experience, gigs in Finland are a blast, Spain and France are always great but our favourite country to play must be Russia. Lovely people, hospitable, always a great and enthusiastic crowd as for some reason our sound and style fits those Russians. Besides that we made good friends over there to hang out with.

Do you have day jobs and families?

We all have families and kids. And as its hard to live the lifestyle we want solely on gig fees and merchandise we have respectable day jobs.

When can we see you in the UK again? Any tours lined up to promote new release ? What's  in the the future for you guys?

After some well earned vacation on silver sanded beaches in tropical places we will be doing some gigs to promote “Blood on the Wall” Probably in the UK as well . We have no plans for an extensive tour across Europe. Maybe in 2014 when we are 25 years in business. End 2013, start 2014 we will release part 2 of “Blood on the Wall”. So we have no plans to call it quits yet.. we're only halfway. 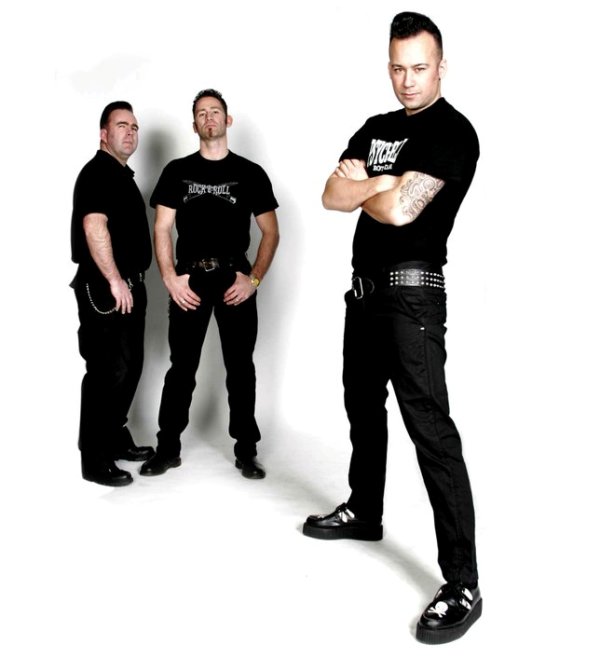