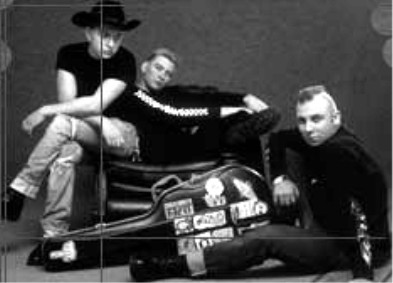 The Mad Heads started back in 1991 in the Ukraine. They were formed by Vadim Krasnooky (g/v), Vladimir "Stalik" Stalinsky (b) and Roman Sharkevich(d). One year later they appeared with two songs on the  Psychobilly compilation "The Rage Team". After Bogdan Ocheretyany (d) and Stanislav Lisovsky (b) joined the Mad Heads,  they released their first longplayer "Psycholula" on Crazy Love Records in 1996. In the same year Maxim Krasnooky replaced Lisovsky on the upright bass. In 1998 they appeared on the "Calella Psycho Meeting" to become a better known act in the rest of Europe.

The Mad Heads sound a little bit like a classic 80´s Psychobilly band, playing a classic mix of  fast Neorockabilly, R`n´R & Punk. Since February 2004 the Mad Heads decided to build a side project that includes a brass section (trumpet, trombone and saxophone), which is called Mad Heads XL.