(  LEAD SINGER WITH THE HIGHLINERS )

Why and when did you start The Highliners ?

Why go to the south of France before playing in the U.K.?

We thought it would be like Cliff Richard's "Summer Holiday " only with sex and drugs.

What were the best and worst moments of being in The Highliners ?

Being in a Summer Holiday with sex and drugs and... er... don´t know may be recovering from the best bits, but that was funny. Plus we made it onto "Comedy Wave Length" ( U.K. show - early 1980´s ). Can it get any better?

What are any of the ex-members (all line-ups) up to now?

Chris Finch teaches in Bournmouth, Ginger is playing drums for Nigel Lewis, Russ is in Death Valley Surfers and Tim Potter and Stretch are still in the Highliners with me.

Still see any of them socially ?

You toured a lot with King Kurt. How did you get along with other bands on the scene?

Great, they all worship us still. I still see Smeg from King Kurt around and about.

How did you get into art? where did you study?

When I found out you could do it as a JOB! I went to Central School Of Art in London- same as Joe Strummer and Rolf Harris! That´s were I met Chris Finch and I found out last year that we stayed in the same halls of residence as joe Strummer at "Ralph West Hall" in Battersea- how cool is that? I should also mention that Finchy did all the early Highliners graphics!

Who influences your art?

How´s it all going? Have you had many exhibitions?

Yeah, it´s going well, my next exhibition is planned for June ´08 in London. And I´m going to make a festival of all things Luke! Hopefully with The Highliners playing too!

What's the future of your art and The Highliners?

We are recording again fans! Sorry for the delay. The line-up, which is bigger and louder than ever is me on vocals, Stretch on bass, Tim Potter on drums, Dave from Vulture Squadron on guitar, Johnny B. on guitar and Lamma on saxophone. Live dates booked so far are:

And for my art and exhibitions details, check out www.lukemorgan.co.uk ! That's all folks! 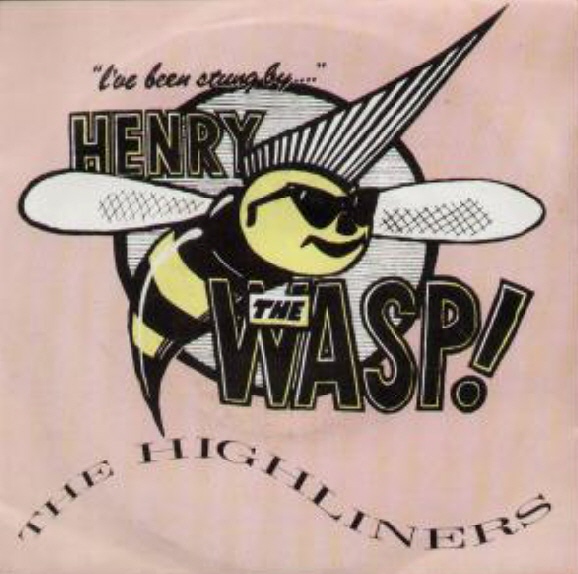