( GUITAR PLAYER OF COWBOY & THE CORPSE)

How old were when you first picked up a guitar and who inspired you?

I think I got my first guitar when I was 15 from my local music shop. I decided to start playing about when my school friends were just doing their first gigs. I was into bands off TV like The Offspring and Iron Maiden, plus my parents record collection gave me a pretty broad range of music to learn.

When did you first get into Psychobilly, Rockabilly?

I'd always had some Rockabilly going on from records in the house, Jerry lee Lewis, Johnny Cash, and Elvis type stuff, but always found it sounded a bit dated. I heard 'Psychobilly Freakout' by Reverend Horton Heat on a guitar hero game and filed that away as a kind of band I wanted to form. I ended up seeing a Graveyard Johnnys gig in Cardiff when I was at uni and meeting Sparky gorming out in the gents, that kind of firmed up what Psychobilly was about. Oh yeah, also my hometown Porthcawl hosts the largest Elvis festival in Europe, which really ties together a bit of Rockabilly, a sense of humour and a lot of drinking. So I think that must have been an influence.

Where are you based, when did COWBOY AND THE CORPSE first form, brief history ?

Currently we're spread between Porthcawl, Oxford and Caldicot, which sucks, haven't had regular practices for like two years. Initially though it was all Cardiff based. I found our original bassist Sam through an internet message board for Horrorpunk music and we hung out a bit. We met our frontman Sion at a Creepshow gig in Newport, he punched me quite a lot, then I ate some super spicy beef jerky and was sick everywhere. We tried a few locals on drums and eventually settled on Al Hellbound, who had put on that Graveyard Johnnys show in Cardiff I mentioned above. We jammed a bit and recorded a quick demo, played a few local shows then got offered a slot playing a pre party for the Bedlam Breakout guys. That went down well so we decided it was worth doing some proper recordings and headed over to Western Star studios. Then basically started playing as many shows as possible, cramming all our stuff into a Vectra and going all over the country.

What do you lot do for a living?

We all work loads of stupid jobs to make ends meet. I used to work in the cinema where Mattyo was my boss ,till we both got fired. Sion worked with me in a call centre ,but we quit to go on tour. Currently I m working as a life guard and Matt's working in a tattooist/fashion shop. Sion doesn't work if he can avoid it.

How did you get deal with Western Star Records ?

We had a few recording sessions at Western Star and Wilson seemed pretty enthusiastic about our tomfoolery. He suggested that when we had enough material recorded for an album he'd be interested in releasing it. In hindsight this really spurred us on to write more stuff and get our act together, otherwise I think we might have lost that initial momentum. 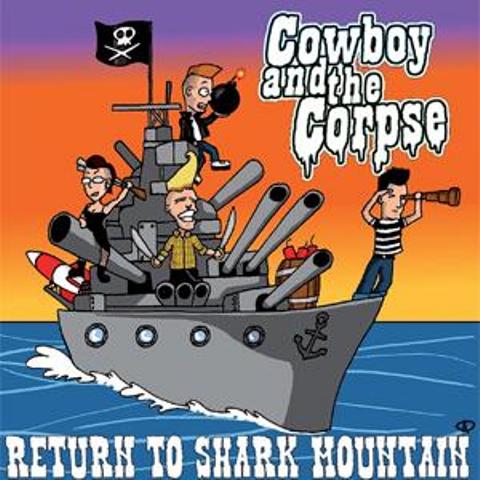 Are you happy with the finished product and how is it selling ?

I've got mixed feelings about the finished product, aesthetically I like the design of the CD and think it musically represents us pretty well. On the other hand I've heard those songs a bazillion times now so can't really judge if their any good or not. Having our song 'Demon Country' played on the radio one punk show was definitely a sign that there's some tunes there. When we have the CD's for sale at gigs they go pretty quickly, its cartoony design usually appeals to kids, then they end up listening to such gems as 'Syphilitic Cunt'.

I have recorded at Western Star with Popeye's Dik and wouldn't want to use anywhere else. Do have any funny stories from recording with Alan Wilson?

Haha... not many that I'd like to repeat to be honest. Mr Wilson is a fount of funny stories and business advice depending on the situation, he could go on a Psychobilly version of Parkinson I think. One memory that stands out was finishing a recording session and him asking 'Do you want a quick look in my attic?' we politely agreed and went up the ladder, to be confronted by several thousand pornographic DVD's and hundreds of packaged up sex toys. We we're given a collection of vibrating buttplugs that we sampled on the intro to our song 'Bees from outer space' those poor buttplugs have since been on a terrifying series of adventures of their own.

The lineup has changed since the album came out. What happened to Al and Sam? Where are they now?

Al is back to being a fulltime husband and father in Cowbridge doing the odd bit of session work, he'd mentioned jamming in a few bands but I haven't seen any gigs yet. His number's mainly still in my phone in case I need help to hide a body one day, he's a fairly reliable guy like that. Sam I believe is now the UK sales manager for a large European pharmaceutical company and is living in Berlin with her fiancé. She's playing double bass for the band the Optic Nerves and has recorded some stuff with Alan Wilson for a 'Western All Stars' release. I've also seen some videos of her playing with Blitzkid and Ed Tudor-Pole from The Crystal Maze!
We briefly had Mental Mickey the Glaswegian from the French Foreign Legion playing bass, but our touring schedule was too hardcore for him, also the talented Portugeezer Malo who's now in the Moonshine Stalkers jammed with us a bit. Now Sion is singing and playing bass and we have a replacement ginger, Mattyo on the drums. He used to be my boss when I worked at the cinema, now I make him drive me all over the place and wait around while I get drunk and mince about.

What have been your best and worst gigs so far ?

Hmm, usually the important gigs we fuck up and the little ones no-one sees go brilliantly. Maybe the funniest conclusion to a gig was drinking for free all night in Dublin with the Koffin Kats and Spellbound, then getting sent to the wrong side of town as a joke by Mocker from the Klingonz, and eventually ending up at our hotel bar at 3 in the morning drinking Guinness with Mike McColgan from the Dropkick Murphys.
A far more upsetting series of events was playing a show at a leisure centre in Milton Keynes that got a bit out of hand. Somewhere between me getting knocked the fuck out by some twat, giving statements to the police and Sion cutting a guys ear off for some reason we decided it was best to make our excuses and flee the city. We stopped to ring the promoter and see what was going on, and a gang of random chavs descended on us and we had to run away again. Don't think we'll be going back to Milton Keynes anytime soon.
Also there's a cool sort of music scene in Holyhead that's always good for a laugh. First time we played there we were expecting a tiny quiet bar show and 150 people showed up, I broke my ribs throwing myself off a table. Then another time we got beaten up at 4 am by one of the support bands dads in the pub we were supposed to be sleeping in, for saying Wales was shit. So we broke in to a Travelodge with a bunch of New Zealanders.

Have you played abroad yet?

We've played in 15 countries. admittedly I'm counting England and Wales in that. We got to go to some of the coolest places due to the generosity and helpfulness of the American band the Koffin Kats, who are all round decent blokes. Probably wouldn't have had the ability to book a trip to Transylvania or Denmark or whatever if we hadn't been able to tag along with those guys. I do remember being chased through the streets of Romania by pissed off police with nightsticks with them, so maybe they're not wholly a good influence.

What does the future hold for you guys? Another album, gigs etc. ?

So long as we all stay friends and our money and work commitments stay the same we've got some plans.
For me, releasing a solid album with lots of catchy songs and covering most of our influences is a definite goal. Plus releasing it with a slightly more coordinated press effort and tour would be nice to organize. The only other major aim is to go and do some shows in America, but that doesn't look likely till we can all have some cash to get those pesky plane tickets.
Short term we should be touring around the UK, Ireland and a bit of Europe this summer, if anyone wants to book us or just wants us to come to their town, tell us on our facebook page and we'll sort it out ;) 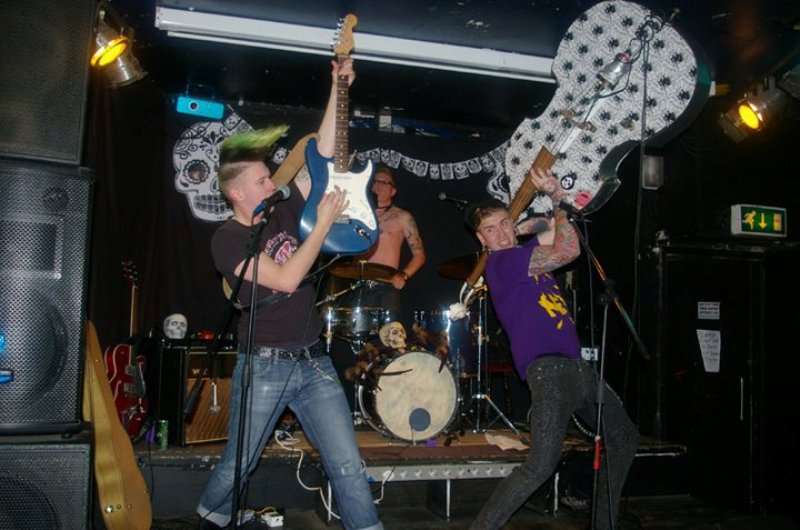