What was your main inspiration to start Rochee & the Sarnos back in 1982?

I am not really sure why we started the band, it just seemed to evolve really, I do remember thinking at the time though that we weren’t to take ourselves too seriously, something that we still keep to today. In the very early days, it was me on guitar, the Phantom on tea chest bass, and a guy called Bud on bongos. We started playing with Rob Glazebrook’s band at the Goldsmith’s Tavern in New Cross near London, and one night Rob asked if we could perhaps have a rehearsal with us, as he had some tunes he had worked out… the rest is history! Originally we played mainly to Rockabilly crowds, as the Psycho scene didn’t really latch on to us until about 1985 or so.

Tell us the story of the "Hot Rod". Why does the Phantom use a one-stringed bass?

A lot of people ask us about the bass, we found this in a junk shop in Penge, South East London, we were just looking around and the guy asked us if we knew anyone who might be interested in a “Rock ‘n’ Roll” bass that he had out the back. The Phantom and I went out to have a look and we nearly died when we saw it! The minute the Phantom started to twang at it, I knew we had something, and we had to buy it, which we did - for £7.00! It is part of our sound and I don’t know how we could do without it!

The earliest release of the EP - "Have you got ... Sarno Fever ?" has gained cult status over the years. How did you get the record deal and who came up with the idea of covering a Stan Laurel / Oliver Hardy song from the 1930s?

The record deal (there was no deal really, we just agreed to have an EP put out) was with a wonderful guy called Ray Frensham, who used to sell records around the clubs. He just thought it would be funny to put us out on vinyl and we agreed. I think that it was on a very limited release, maybe 200 or so, and a few of those were signed by the whole band, I still have a few of these, so they must be super rare by now! As regards Trail of the Lonesome Pine, I think we had all just seen “Way out West” with Laurel and Hardy, and somebody suggested that we did our own version of it, the result was pure stupidity! 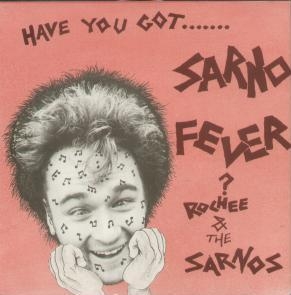 Do you have any memories on recording the album for Nervous Records? Please tell us some details of the Understanding Sarno sessions. There are also rumours of a naked man!

It was such a long time ago, I remember it all seemed very glamorous as it was recorded in Tin Pan Alley studios in Denmark Street in London, which dates back to the 1950’s. The sessions were held over various weekends, and it was all new and exciting for us back then. Dead Dog Blues is just me and a guitar and the bit where I laugh during the track is when I looked up into the control booth and couldn’t see anyone, because they all fell on the floor laughing, and it was me who was naked during this track – to get in touch with my inner soul, to produce a work of true artistic merit! We had a great deal of fun during the recording, I think mainly because it was all brand new and we didn’t really know what we were creating. We also had several crates of beer written into our contract, which helped enormously!

What’s your favourite track of the album and why?

My favourite track is Sarnos in Space, I think I like it because it is a fairly unique song, and I like the “la, la, la, la, la, la, la” bit in the chorus! Always a crowd pleaser too!

Rochee & the Sarnos also enjoy the reputation to be one of the most spectacular live acts of the genre. What was your most memorable gig?

I am not sure that “spectacular” is quite the right word! I think we enjoy ourselves on stage, and that is only reflected by the audience, so the more they have a ball, then so do we. There are many memorable gigs, Isle of Wight in 1984, the Klub Foot days, Berlin 1997, Speyer 2004 and recently Antwerp, which was fantastic!

Speaking of gigs. I always wondered why you have not received a prize for being the best-dressed musician onstage. Do you have any explanation for that? And who’s your couturier?

I have all my stage gear hand made by a superb team of tailors in Hong Kong, and Jean Paul Gaultier.

After a successful tour with Demented Are Go! the band split up 1986/87-ish. What were the reasons for the breakup?

I will let you into a little secret, we never actually split up, we have been quietly gigging for the last 20 or so years, playing various working mens clubs throughout the UK, and a few oil rigs, just to keep our hand in. We also have had extensive tours of Canada, Russia, Japan and China (but have kept these all secret until now).

After talking so much about the past, let’s talk about the future of Rochee & the Sarnos. You have rocked the house in Antwerp a couple of weeks ago and more gigs for 2007 / 2008 are already confirmed. Are there any plans for more gigs or touring in 2008?

Yes, we have several gigs lined up in Europe for next year, Germany, France, and Spain – some of the big festivals. We may play some more in the UK too, just need to see how it goes really.

The new album is recorded and will be released soon. Do you have any details for us, about the album, tracklisting, album title etc. etc?

All I can say is that the album is to be called “The Golden Dawn”, and contains some of the songs that we wanted to put on the second album way back when, plus new material. It is our way of catching up, and will allow us to embark on our next project, which is already underway and I am writing some new songs for it right now. 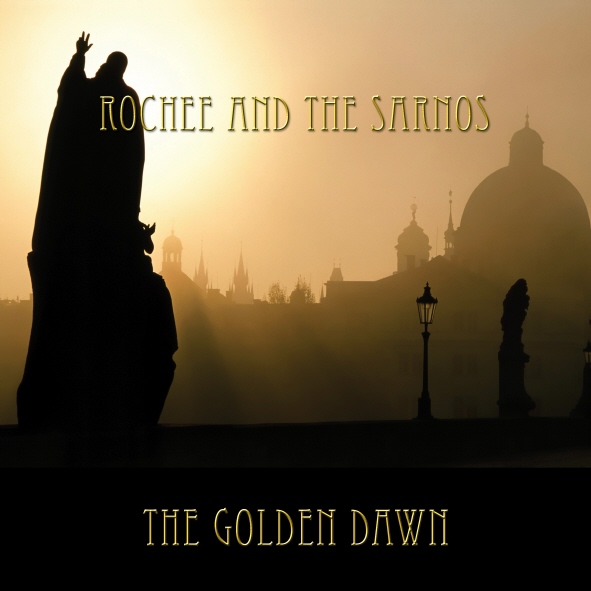 The album will only be available from the band’s website. What’s the idea behind this? Is it true that every disc will be autographed?

The idea is that as I am personally producing it, I wanted a more personal feel for everyone who buys a copy. There will be a limited edition of the signed version, which will be a personally dedicated postcard signed by me. This is so the cover of the album won’t be spoiled, and should be a nice memento! The album will also be available on iTunes as well. We will also be providing limited edition T shirts as well. 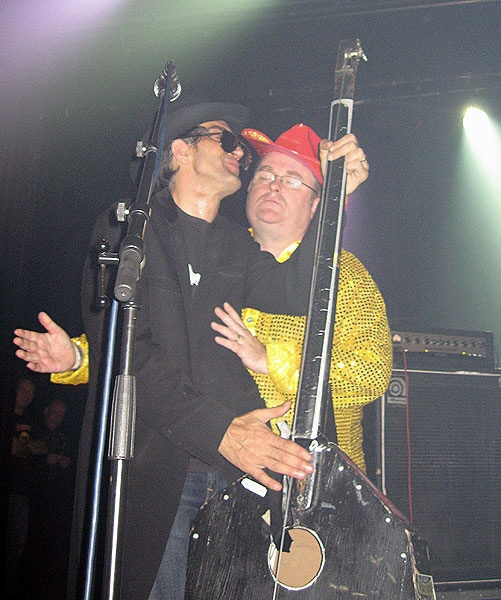