(GUITAR PLAYER WITH THE DEADCATS)

Tho' Look Like Hell already is the 7th album release and THE DEADCATS are also featured on countless of compilation albums, I guess not all of our readers are familiar with the story of THE DEADCATS. Please introduce the band. How and when were THE DEADCATS formed? When and how did you get involved? 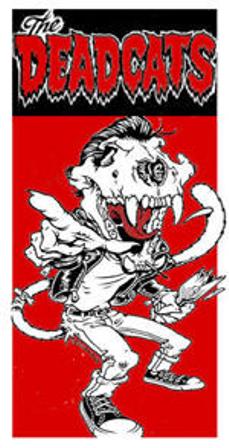 I answered an ad in the local musicians wanted section for a Psychobilly guitarist into the Cramps.  Mike (Dennis) aka Psychobilly Mike, Mick Tupelo on gtr /vox of House of Commons, Forbidden Beat, Scooter(Johnson)on Wash-tub/Bucket/ vox of Potatohead, Hard Rock Miners and Beef (Stepharnoff )of Braineater, ZsaZsa and the Limousines on drums.
Back story: the Deadcats started in around 1986, with Rob Miner(Hard Rock Miners) and Beef.  Beef and I had previously talked about starting a band called THE DEADCATS but didn't actually do it.  They played for several years and folded.
Fast forward to 1994 when Mike and Beef decide to revive the Deadcats.  We started getting a great response right away. No-one in Vancouver was playing anything remotely Cramps-ish. Scooter was booking a local venue called the Hungry Eye so we  managed to get quite a few gigs there.  I think we lost Beef (the only original member of the 1986 DEADCATS) about 9 months in, to be replaced by Paul "the Kid" Heatherington.
We recorded our first disc, Bucket o' Love with Stephan Sigerson /Flash Action which was released in 1996.  We managed to get shows opening for Southern Culture on the Skids, Ronnie Dawson, Demented Are Go, Ray Condo, Lee Rocker.
We went through quite a few drummers including John Card of Personality Crisis, Ike of the Hard Rock Miners, Royal Grand Prix(pronounced "pricks") before settling with Rob from the Wind-Ups.
I left the band in late 97 for a brief Bermuda Triangle Vacation, and was replaced alarmingly quickly with Frank Chopper Sivertz of the Reverberators on lead Guitar.  They proceeded to play shows and record 5 more discs and play shows with the Meteors, toured in the US(Tiger Army opened for them!).  From what I can piece together, there was some kind of inter-band power struggle involving the Rhythm sections girlfriends having WAY too much input in band affairs.  They both quit, in an attempt to scuttle the group.
Mike/Mick learned to play upright bass and once started the band up again.  He joined my band, the KonTikis with Kermit Von Munster on drums in 2009 and soon we were all playing as the DEADCATS with Mick -Bass, Chopper -Gtr, Kermit V Munster -Drums and me, Gorehound on Gtr/Lap steel/Banjo.
We recorded Look Like Hell with Marc L'Esperance, in his Vancouver home studio over about a one year period.  Mike decided playing bass was too distracting for singing, so he switched back to guitar.  We hired Pat Darcus (aka Floyd T Catskinner) of the Reverberators to play upright bass in 2010 and the current 2011 line-up is; Gorehound -Gtr/Vox, Mick Tupelo -Gtr/Vox, Kermit Von Munster -Drums, Pat Darcus -Bass/Vox and Chopper Sivertz  -Guitar/Vox.

Vancouver is arguably not best known for being a hot spot for psychotic Rock'n'Roll. How's the scene over there?


Vancouver has a small but loyal Rockabilly/Psychobilly scene.  It's a Mecca for Canadian musicians so there are literally thousands of bands ranging from weird crap to overtly commercial.  Vancouver's biggest contribution has probably been Punk bands like DOA, SubHumans and the Pointed Sticks.


Speaking of Vancouver. Did the cityscape of Vancouver look different after the Olympic Games?


The Olympics were an expensive joke.  It was good that it drew attention to Vancouver's homeless, the open-air drug market at Main/Hastings(across from the Police station), the Human trafficking and importing endangered animal parts situation.  That was a weird month, Bars were open late and noise bylaws were waived for sponsored events.  There was a real Martial law feeling going on.  Homeless from the downtown eastside were being detained and released out of town.  There was a big fake cleanup and then the downtown core went back to normal(crack dealers and prostitutes everywhere).  We have the third worst property crime rate in N America and East Vancouver is Canada's poorest postal code.


Are you good mates with other bands from Canada and any suggestions for Canadian combos to look out for?

What are your main influences, how would you define the sound of the band and do you like or dislike the Psychobilly label?

Cramps, Sun/Starday Dixie Rockabilly, Link Wray, Meteors, Gun Club. The Psychobilly tag ? Psychobilly is an easy way to describe us.  We're not the new generation of Psychobilly that sounds like hyper-screaming Death-metal with an upright bass.  We'd be old school Meteors, Demented Are Go type Psychobilly.

How did the first record deal come about and is it true that Flying Saucer Records is run by some Asian girls?

The third album entitled Trashville Jukebox was a collection of sixteen cover versions, all treated the DEADCATS way. What was the concept behind delivering a disc loaded with cover versions only and who came up with the idea of making a hockey song out of the Stones' / Meteors classic Get Off My Cloud? 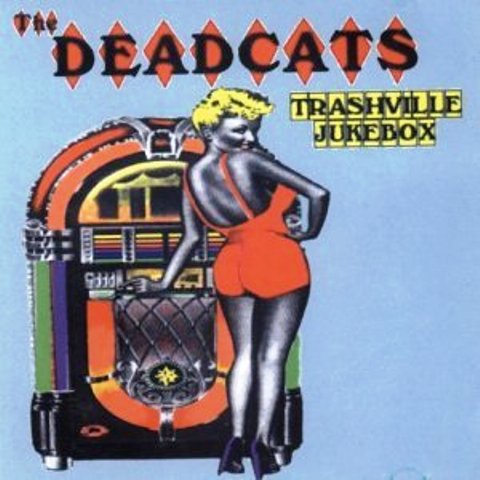 The album  was a good way to use up leftovers.  Get Outta My Crease- we covered the Meteors version of Get Off My Cloud and you can't really go wrong with a song about Hockey, Lacrosse or Curling, in Canada.

Bad Pussy was also released as limited 12” vinyl on Crazy Love Records. Will there be any more vinyl releases in the future?

Yes!  Our CD sales are being effected by rampant downloading.

THE DEADCATS have been one of the more prolific bands in the recording studio over the last fifteen years. Are you pleased with the full back catalogue of the band, what's your favourite DEADCATS album at the moment and why?

I'd say Bucket o' Love and Looks Like Hell are our strongest offerings. Purely coincidental that those are the 2, I play on ( + All I Needed Was the Rain on Trashville Jukebox).  There are some pretty good numbers like Night Sander, Helltrain and King of Fools and Crypt Zombie Hula.

Let's talk about your latest offering, THE DEADCATS Look Like Hell! also released on Flying Saucers Records in 2010. I can't help feeling that the general vibe is a little bit more rockin' and less garagey these days compared to previous releases. Would you agree with that and any particular reason for that?


Look Like Hell is less Garagy, we were getting into a more  50s Hillbilly/early 60s R'n'R sound.  We're recording /produceding our next disc ourselves, so I imaging it will sound more Garagelike.

The new album also includes a couple of re-recordings like Mummified Baby and Psychocat that were available on previous albums. How did it come about?


We felt that the new line-up could do a better version, this is the most consistent DEADCATS line-up ever. The bucket/wash-tub is a very unique sounding instrument, it doesn't thump like an Upright Bass and having TWO lead Guitars gives us a lot of options.


There's some sort of promo video for Hank's Cadillac on YouTube, that really looks cool. Who came up with the idea for that video? And what do you think are the best ways to promote a Psychobilly band?

That was me figuring out how to work Imovie on my Mac. Promotion getting out and playing/recording is the best way to promote yourself.  It is much easier to promote yourself now, then back when we started.  My promotional advice would be Cross-promote, never just promote one thing.
Pick 10 local bands and promote them, they will return the favor.
Shameless self promoters are the ones that succeed.  Speaking of self promoting: 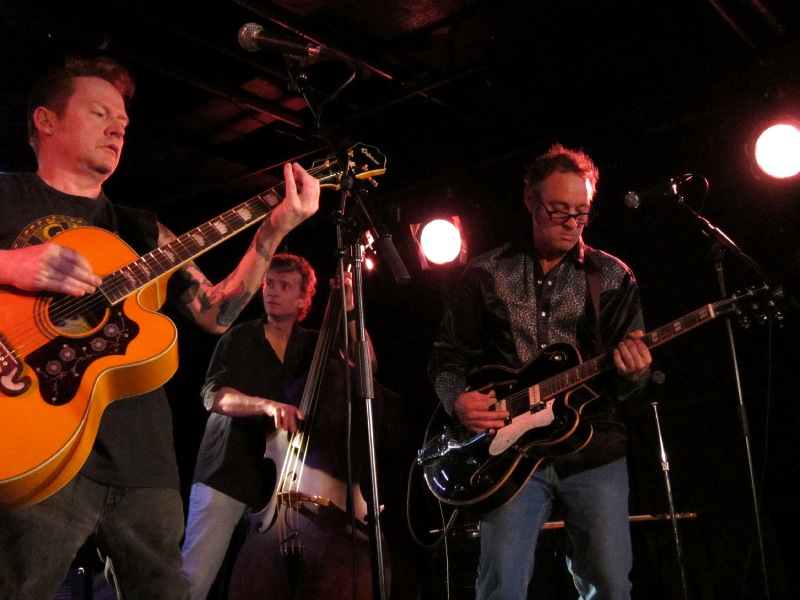