How old were you when you first picked up a guitar/bass and who were you a fan of ?

I was about seven when I first picked up a guitar. My brother swapped his bow & arrow for an old Spanish guitar. He wouldn't let me touch it so I used to sneak into his room when he was out and taught myself a few chords using the Bert Weedon 'Play in a Day' guitar book. I learnt to play bass when I was about sixteen. Some bloke I knew had a band and he needed a bass guitarist, so I said I could play bass (I couldn't). I bought a cheap bass guitar from a second-hand shop and just used to play the bottom notes of the chords. I was very influenced by the Rolling Stones to start with, then by all the 'glam' bands in the 70's and later David Bowie and Iggy Pop and the Stooges.

How did you meet Eddie Tudor and the rest of the guys from Tenpole Tudor?

The singer in one of the local bands I was in knew Rat Scabies from The Damned. I used to go to London to see all the punk bands and our band sometimes supported them at smaller gigs. I got to know quite a few of the punk musicians around at the time and someone told me that Eddie was forming a new band after his slot in the Sex Pistols film. I got in touch with Ed and went along  for a jam with him Bob (Kingston) and Gary (Long)and a few days later Ed phoned me up and asked if I wanted to join the band. I think the fact that I had a van might have swung it.

Pretty much like you would imagine. It was quite weird seeing yourself on a TV show you'd grown up with.

Why did Tenpole Tudor split in 82?

Not really sure - and I expect if you asked each of the guys we'd all tell a different story. My recollection as that it all started when we were on tour in America. We were in Chicago and when we came off stage some newspaper reporters were shouting at us saying that John Lennon had been shot. Eddie told them to fuck off. We found out later that it was true and Eddie's mug was plastered all over the national newspapers saying 'fuck off John Lennon' or something like that. He then got death threats and we had to spend the rest of the tour hidden in hotel rooms guarded by the FBI and CIA. When we got back to the UK some big US promoter offered us loads of money to go back to the US and tour but Eddie wouldn't go, so that was pretty much the end of the band.

After Tenpole Tudor you and a couple of the others formed the Tudors. How did that come about and why did you only release one single? Was anything else recorded?

Bob, Gary and I still wanted to play and we felt there was still life in the band. Eddie was more-or-less 'incommunicado' so our record company (Stiff) persuaded us to write some songs and do some recording, hoping that that Eddie's disappearance was temporary. We recorded a few songs and the label released one as a single, which didn't really do much. We also did a stint in Japan as the backing band for Pearl Harbour before realising that the band was finished and going our separate ways.

You then joined King Kurt in 1985. How did you get this role?

After The Tudors finished I formed a skiffle /billy band called 'The Dogs' and was playing the pub circuit. I got a call from one of the girls at Stiff Records who told me that King Kurt was looking for a bass player and asked if I'd be interested. A couple of the guys (Paul and Smeg I think) came to see me playing a gig in Surrey somewhere and after the show they asked if I'd go and have a jam with them.

King Kurt were a heavy gigging band ,did you enjoy this and all the  messy food shows that came with the gigs?

I'd always been used to heavy touring schedules. The Tenpole gigs were sometimes messy with loads of guff being chucked around - I think the Kurt gigs were just an extension of that. The first gig I did with King Kurt was in Vienna and someone in the front row chucked a carton of milk that he'd had fermenting for about 3 weeks. It hit me right in the chest and exploded all over my face. I immediately returned the compliment by puking all over him.

What were the differences between King Kurt and Tenpole Tudor?

Not a lot really. King Kurt probably drank more, and I think I had a few more encounters with the muzzle of a Heckler & Koch in King Kurt, but apart from that...

Again, different people will probably have different slants on it. For me it was a case of becoming disillusioned, getting bored with the same old routine of writing songs, rehearsing, touring and feeling I wasn't really enjoying it anymore. I suppose it's the same for anyone who's been in the same job for a long time. I needed a change.
What did you do next?

I started a record label - Flat Records. I felt I wanted to get more into management and producing, rather than song-writing and gigging. I managed a few bands and released a few records on the label, which did quite well. I did some tour management with Eleanor Rigby and then the label had a few minor successes with bands like Macavity's Cat, Boys Wonder, Surfin' Dead and SUN. When the label folded in 1999 I concentrated on producing.

Do  you ever see any  ex band mates work wise or socially?


I speak with Eddie Tenpole quite a bit on the phone and I've done bits of recording with all the Tenpole guys. Gary lives in Portugal now and I haven't seen Bob for a while, but we all keep in touch through Facebook and email etc. I haven't really heard from any of the guys in King Kurt since we split, but I've heard they still do the odd gig now and then.

What's your favourite record you played on?

Hmmm... I enjoyed playing on most of them.

What does the future hold for you?

Running the studio http://ds.dial.pipex.com/sema/panther.htm , riding my motorbikes and enjoying time with my wife 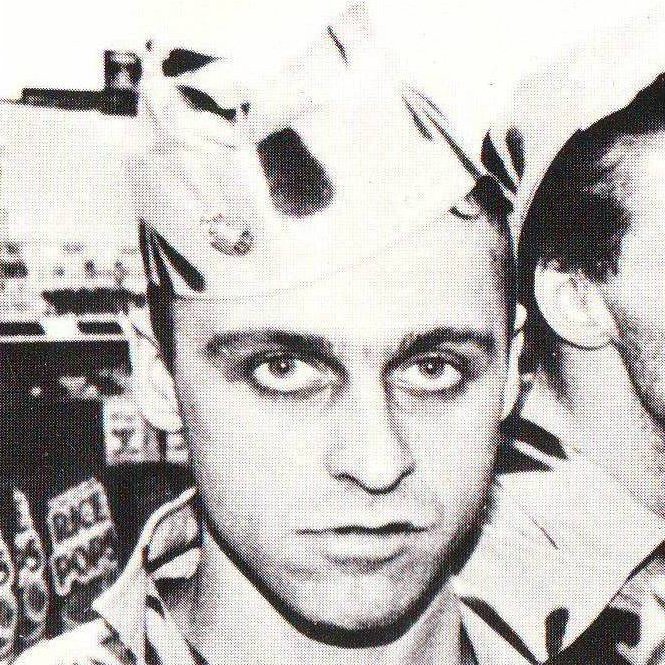