(SINGER AND FORMING MEMBER OF THE RICCOCHETS)

How old were you when you first listen to Rockabilly ?

It was strummed into us from our parents, they were all into Elvis, Cochran, Vincent. Which then basically lead us into the roots of Rockabilly music.

What instruments can you play?

I've played guitar since the age of 12/13, at school me and Steve had a little band, we used to just muck around and we had a fella called Faz (who eventually played for The Ricochets for a short while)

What was your first band and did you  release anything?

My first band was in the mid 70's, called 'The Thunderbirds' which was mainly Rock and Roll / Rockabilly (Steve Sardi on lead guitar, and me on rhythm and vocals with Faz on drums) ,and another also called the 'Rough Necks', we did a few covers like 'Glen Glenn' and 'Hayden Thompson' (Me on guitar, Lester Jones on vocals, and Faz on drums). We made a few demos, and had 45 singles.

How did you feel not being involved while the other guys recorded  the Made In The Shade album?

During this time I had settled down early, and had a business to run, when Made In The Shade was being worked on, I said to the boys I wouldn't have time to concentrate on both, and Lester was available, also during this time The Ricochets were looking to try out different vocalists such as Marney Webb and also Paul Ansell (from Number Nine). When they'd finished recording Made In The Shade, I felt sad but was happy the album was completed. They did a few shows and played the local spots such as 'The Orange Tree Pub' and 'Rhe Royalty Southgate' wish Faz on drums, as Ginger ( Meadham) just started with The Meteors ( just for the record )  which upset me again by not being part of, but all this had taken The Ricochets to a higher level.

How did you think of it and would you ever have liked to re-record it with your vocals?

Yeah I thought the album was excellent. Lester's voice wasn't tuneful, but I suppose it fits the for the time. As for re-recording this, we've played these songs live since we got back together in '89, but to change the vocals, wouldn't be fair on Lester when it was my fault for not being there.

What happened to original singer Lester Jones ? Any idea where he is today?

Me, Lester, Sam, Steve and Ginger all grow up together from an early age, we were all inseparable, partying almost every weekend and horsing around with music. We're still speaking today. Lester and his family have just moved to Southend, near Steve Sardi which is on Lea-on-sea.

You got together again to record the On Target album in 1992. How did the deal come about and were you happy with the sound on it ?

Later 80s' Sam Sardi was just finishing with the Guana Batz, as he'd been, done, seen and got the t-shirt! ha-ha. But he didn't want to finish with the scene yet. Me, Sam, and Steve got together and worked out between us to put The Ricochets together with the original line up, which we did. Songs had been written, by Sam which were never recorded so whilst sorting out the original Ricochets we'd bring these songs back into life, at the same time we'd all come up with new ideas and new songs, and with luck Ginger just finished with The Meteors, which completed the Ricochets original line up.
With the unstoppable fan mail, for the Ricochets to play Europe we got back together and started doing many shows and mini tours, around 1989/1990. Whilst in Holland or Germany, I cant remember the boys from Batmobile were so keen to meet us, and pleased to finally meet us. Batmobile had just started their record label in their early career and asked us if we would like to do an album for them on their 'Count Orlok' label. Which with the help from 'Griz', a profession sound engineer and the sheer talent from the ricochets ha-ha we produced On Target, which was a great, powerful CD with a few re-recordings from the 'Hep Cat Hop' album which originally featured Lester on vocals and our newly written songs. 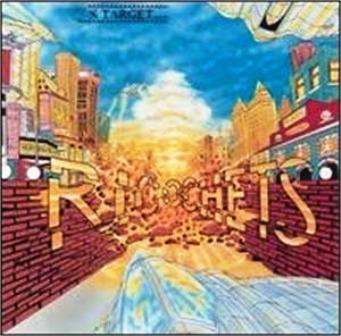 Do you ,Steve, Sam and Ginger have day jobs? Was it hard for sam to leave the Guana Batz as they were a full time band and do you see much of each other generally?

Yeah, we all have day jobs, I have a custom and restoration car body shop. Steve works as a project manager for an IT company. Sam is into, optical engineering (scopes and that). And Ginger is still working on his ego !!! ha-ha.
Considering Sam had just finished with the Batz on a high, with determination to re-group the original Ricochets. Yeah we speak to each other all the time.

Do you have any plans for new album  and any more gigs planned?

Strangely enough, we're working on a new album as I write this, its a difficult one considering the last 2 albums and the compilation albums have been such a success, we don't want to let ourselves, and the fans down on this new one. We're to have it out with in the next few months. probably after our Pineda show in July.
We have shows booked for this year, and early next year, all festivals. P.S we don't like to play too often because of our day jobs, and as we're close to our sell by dates (not!!!) ha-ha.

As for the future  we'll keep on playing, writing and we'll rock till we drop! We do have a facebook page, which is actually managed by my son Ricky Sardi, from the band Killing Seymour, now called 'The Moonshine Stalkers'. 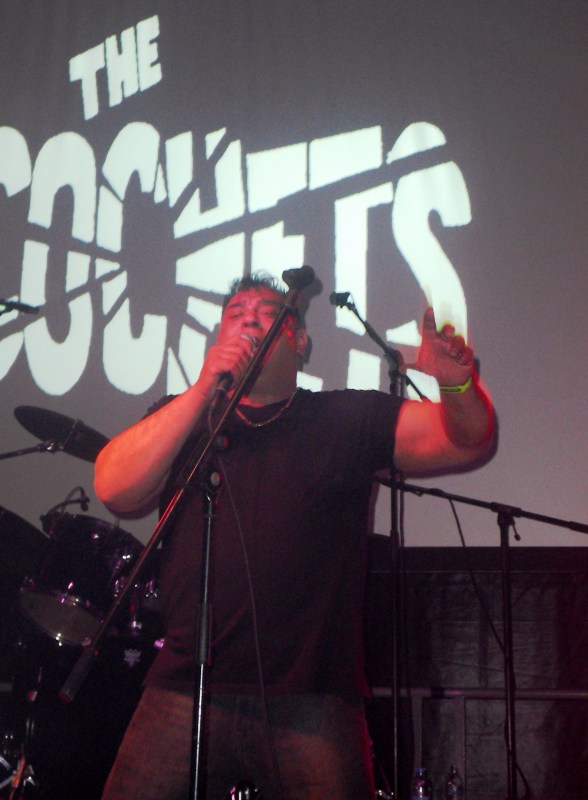