(LEAD SINGER WITH THE BLUBBERY HELLBELLIES )

How did the band first get together, first line up?

I was at a bit of a loose end band wise, and my sister Wendy May was singing in a band called The Boothill Foot Tappers, which was in a bit of a hillbilly / cow punk scene, which I thought was fun. I was about 17 stone at the time, so I recruited Slim on accordion and Lloyd Trip from The Vibes on double bass and me on vox and guitar.

Where was the first Blubbs gig and what was the crowd reaction?

We played The Hope And Anchor in London supporting The Boothills and out of that gig we got offered six more and my old mate Esso from The Lurkers joined on snare drum.

Record deals- your best and worst?

I would say the deal we did with Upright Records run by Bill Gillium, who also ran alternative Tentacles label was the best. There wasn´t really a bad one, but with small labels advertising costs are always at a minimum. But the album "Shooting And Steaming" which came out in 1998 (Ed note: more probably 1988!!!) on Virgin Germany - and only released in Germany for some reasons- wasn´t a big deal either!

None of it! It was mad pissed up fun most of the time, we were doing around 200 gigs a year on average. Only thing is it turned me into a very heavy drinker. One bottle of vodka before every gig, then a proper drink till as late as possible after the gig. I really fried my brain in that band.

It was hard to keep it together with a heavy gigging schedule like ours. Those who had jobs couldn´t make all the gigs due to work and family commitments. So I was forever teaching someone new the songs on the way to the gigs. I suppose you could say it kept things FRESH!

Best release was the Flabbergasted album (1985) with Boz Boorer on guitar. we knocked it out in 26 hours and it still sounds great. Best lineup was me, Billy Campbell, who later joined King Kurt, on bass, Slim on accordion, Lee Minors on guitar and Rockin´ Ray on drums. But I loved having fiddle player Evil Jim in the line up too!

What was the Klub Foot like to play and where was your favourite place to play?

Well as we were lumps of lard and played a really electric mix of styles and didn´t have "Psycho" or "Billy" haircuts we weren't really faves of the Klub Foot crowd, where the haircut was more important than the music. To most of the crowd, we would tend to play in the downstairs bar and attract a more varies crowd. I dare say that if the song & video I Don´t wanna Get Thin hadn´t appeared on Revenge Of The Killer Pussies compilation album , we wouln´t have been lumped in with that scene at all. Saying that we had a few great gigs with Demented Are Go!, had fun supporting King Kurt and our fave place was The Hope And Anchor in Islington.

Did you think you were more popular abroad or in the U.K.?

Any idea with the ex members of the Blubbs are up to?

Big Billy Campbell joined King Kurt from 1992-1998 and played bass on their Poor Man´s Dream album, but is now a chef in Aryshire, Scotland. Lee Minors  conduct youth orchestras in London. Rockin´ Ray still lives in Maidstone and was a job driver last I heard. Slim is working in the building dept at the BBC and has his own band  Slims Cyder Co. Lloyd Tripp has his own band in Texas, but is also Boz Boorer´s guitar tech. Boz works with Morrissey.

What are you up to these days and also what is your sister from the Boothill Foot Tappers up to?

Wendy is a domestic science teacher in Devon, where she lives with her son. she also runs a comedy club and DJs in various clubs and pubs. Me, I play in a punk band The Lurkers and also 999 and look after my greyhounds which keeps things nice and busy! 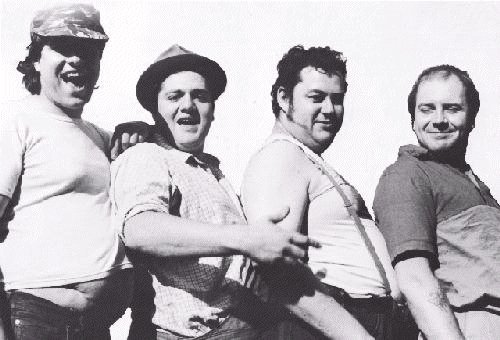 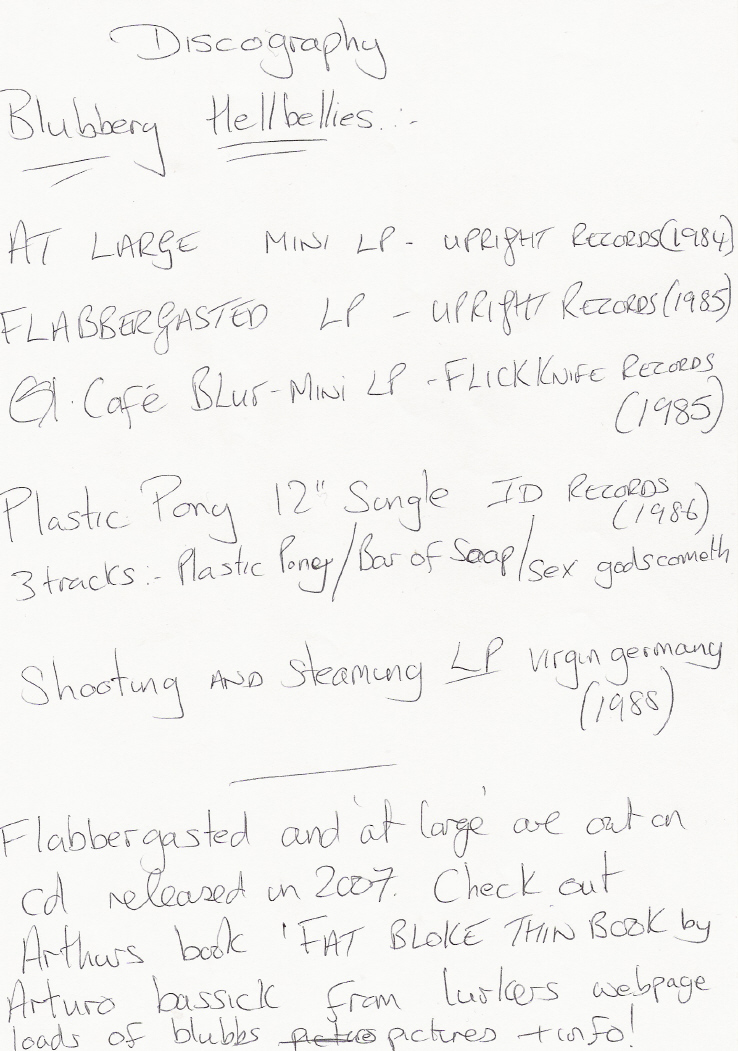