( DRUMMER OF THE LONG TALL TEXANS)

How old were you when you first started drumming/what was your first kit?

What was your first band? Did you release anything?

The first band I played with was a band we started in 1982, with some mates  'The Crazed', doing M3t3ors and Cramps covers and any old Psychobilly stuff we could come up with. We did a few gigs locally in Peacehaven and Newhaven  in Sussex and recorded some songs on tape. Don't know what ever happened to it. I am trying to track it down.

How did you meet Mark Carew and Mark Denham ?

A friend of mine told me that The Texans were looking for a drummer , so I met up with them to rehearse some songs in about 1984/ 85-ish. It was the first time I had met them. I joined the band and the rest is...when I was a lot younger.

Exciting , a lot of fun. It was all kinda new-ish for us. The Clarendon, and the Klub Foot were good times. There was a lot of small underground gigs at that time we played. We would try cadge any gig going. We played a lot of support slots with The M3t3ors, the scene was buzzing. Our first major tour, with the release of sod-busters was with Frenzy. We supported them on a months tour around Europe in an old 1960 bus, that was 1986/87, the Billy scene in Europe was all new to us  and was a mad time.

I think our last recording, 'Adventure'.

What's your favourite place/country to play in ?

Difficult. I played in a lot of places all over the world,, they're all special in there own way. Stuff that happens, stories that can be told, friends old and new, mad memories, can't split. Japan, Brazil, USA, the whole of Europe and Scandinavia. I love em all, diplomatic but true.

What do you get up to, do when your not being a Long Tall Texan?

I work in a musical instrument internet distribution warehouse, dealing with the dispatch of drum kits, Warehouse monkey in the sale of musical instruments on a daily basis. .Also a season ticket holder for Brighton and Hove Albion football club. Saturday is for gigging , football or busking then other stuff.

We go busking when we are all about, hit the streets of Brighton. It's a good fun day out... and earns us a bit of drinking money.

What's the future hold for the Long Tall Texans? Is there a new record on the way and are many gigs lined up?

There are plans in the making as we speak on new material and we hope to have a new record out for around August all going well. We are and have been out there gigging for a long time and no plans to pack it in yet. The future looks good, we have shows booked in Ukraine, Germany, Finland , and possible USA this year and hope next year will produce more shows and tours with the release of our new record. Then global domination will be ours. 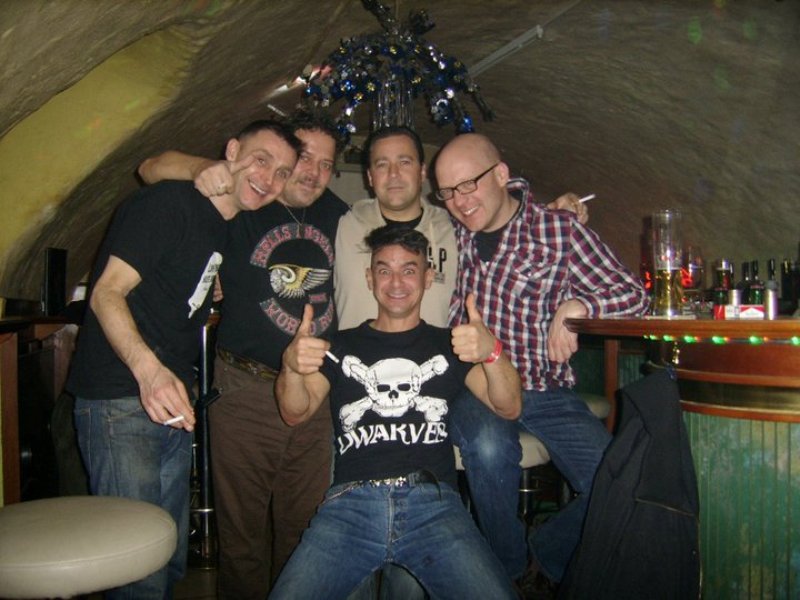